Imagine the earth would be a perfect sphere and around this sphere runs a band at the equator, directly on the sphere.

The band is now cut at one point and a piece of band 3 m long is inserted. In a miraculous way, the band rises evenly over the equator and floats perfectly above it. 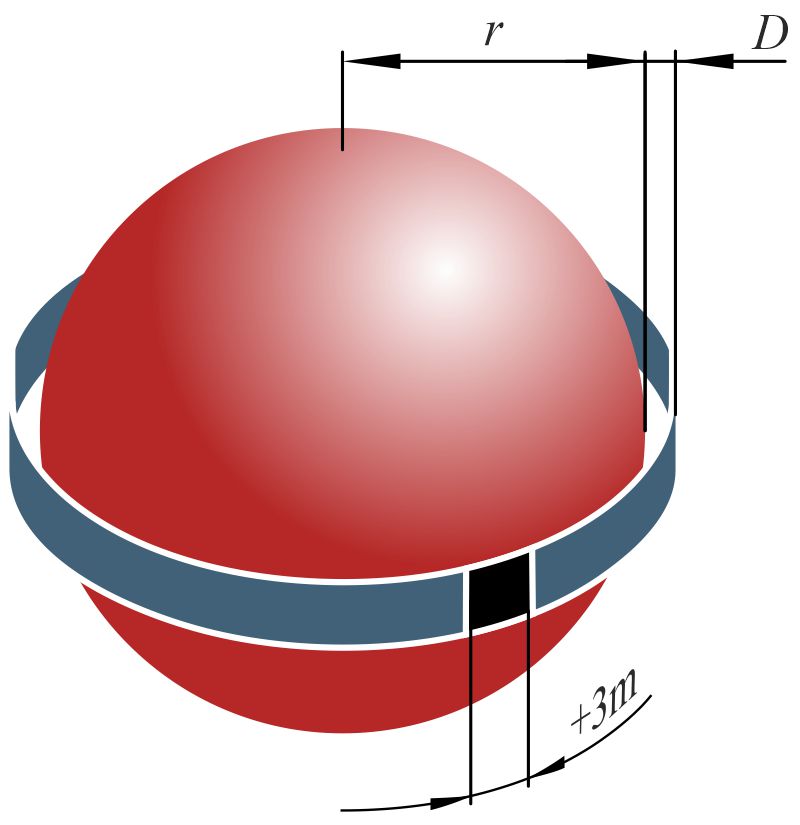 And how does the distance with such a 3 m supplement behave with diameters other than the earth diameter?

In comparison to the total length of the band that lies around the earth, 3 m is very little. Certainly there will be a gap, but probably rather a very small one, our intuition says.

Let’s put these two insights into an equation and adjust it according to the distance D: 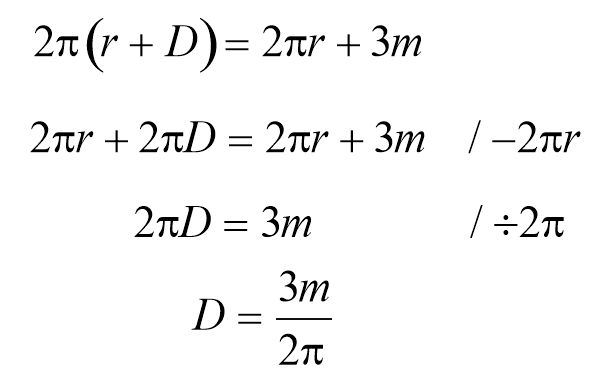 But is it a question of the radius of the sphere? No, the radius of the earth, or of the considered sphere is no longer part of the calculation and therefore has no influence on the distance of the band to the sphere. So if such a band is placed around a tennis ball and supplemented by 3 m, the distance is exactly the same. Similarly, a band would be placed around the sun and supplemented accordingly.

The illustration of this paradox was created in Corel DESIGNER