By Marco Jänicke15. September 2022No Comments 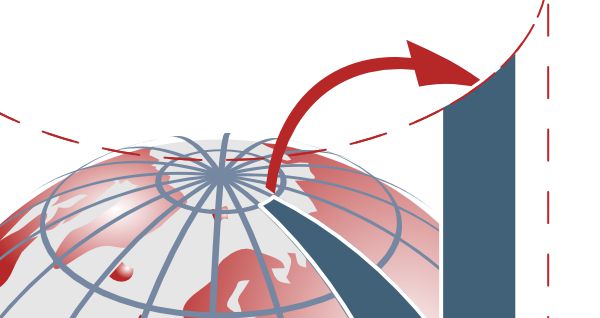 All technical illustrators deal with projections to represent 3D objects on a plane. They apply standardized projections such as isometry and dimetry, or work in free projections and vanishing point perspectives. All techniques to compensate or at least minimize the drawbacks of representation on the plane and to convey 3D with only one representation.

All in all, rather minor problems compared to the navigation of navigators in the 16th century, the age of great discoveries. The shipping routes were becoming longer and more dangerous, and navigation more and more difficult. The need for good maps that were true to angle and could be used for navigation was enormous.

The Flemish cartographer Gerhard Mercator found a solution to this problem 500 years ago. Mercator placed a cylinder around a globe that touched the earth at the equator. From the projection center in the center of the earth, he then transferred all points from the globe to the cylinder. Then he unrolled the cylinder and got a plane, angular map of the earth. This was a great improvement for navigation. The property of angular trueness enabled navigators to determine the exact course angle from the home port to the destination port and always travel along that angle. 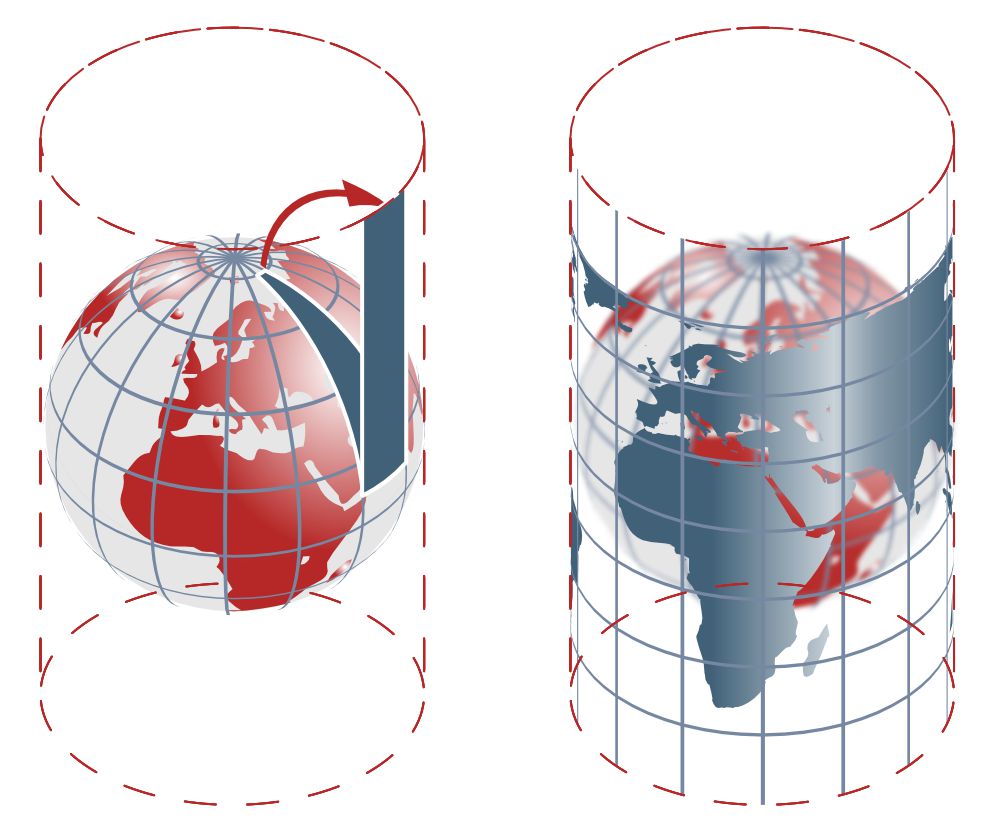 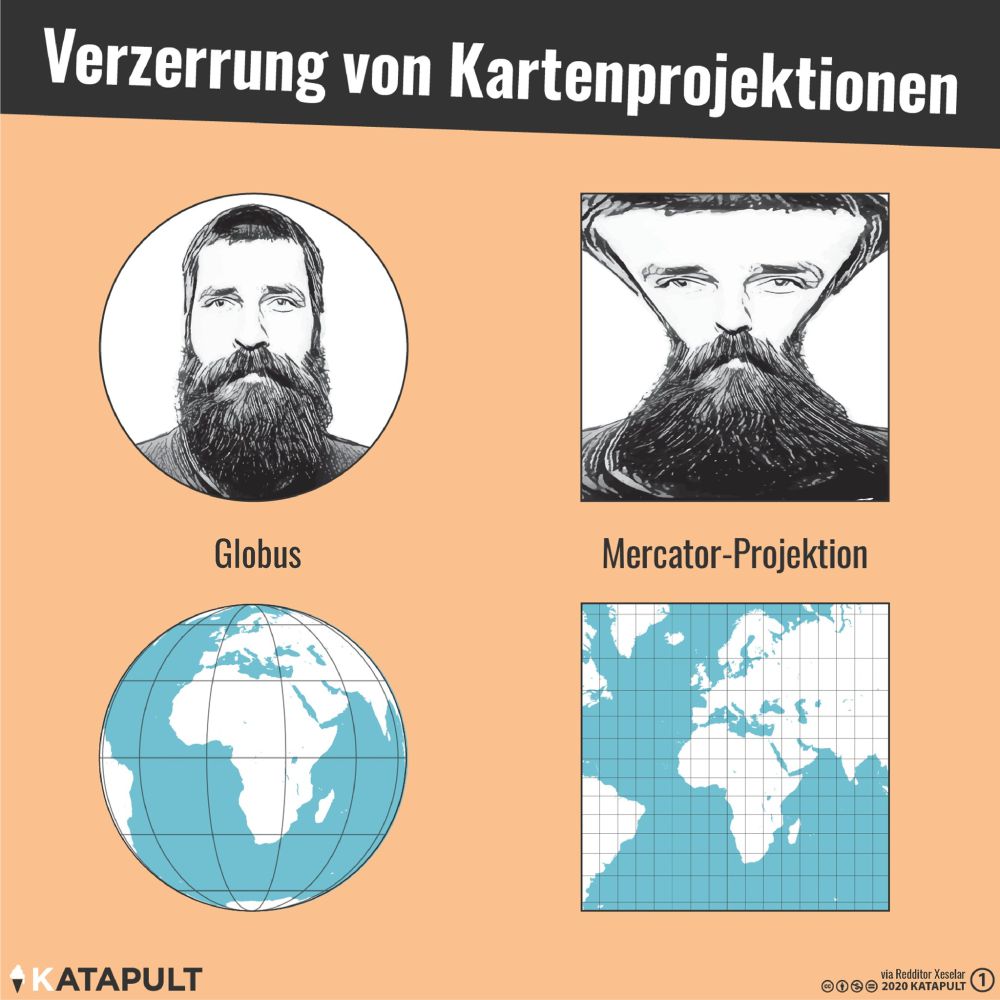 For our daily use, for example the display of service stations in individual countries or worldwide, www.d-maps.com offers free (observe terms of use) maps in various graphic formats (PDF, SVG and the CorelDRAW format CDR).

Those who like it practical and haptic can download, print and assemble the unwinding of the world. Without Mercator projection, but with an idealization that ultimately allows us to hold the world in our hands like a sphere.

The world globe, not quite a sphere.

The downloads are not protected by copyright. 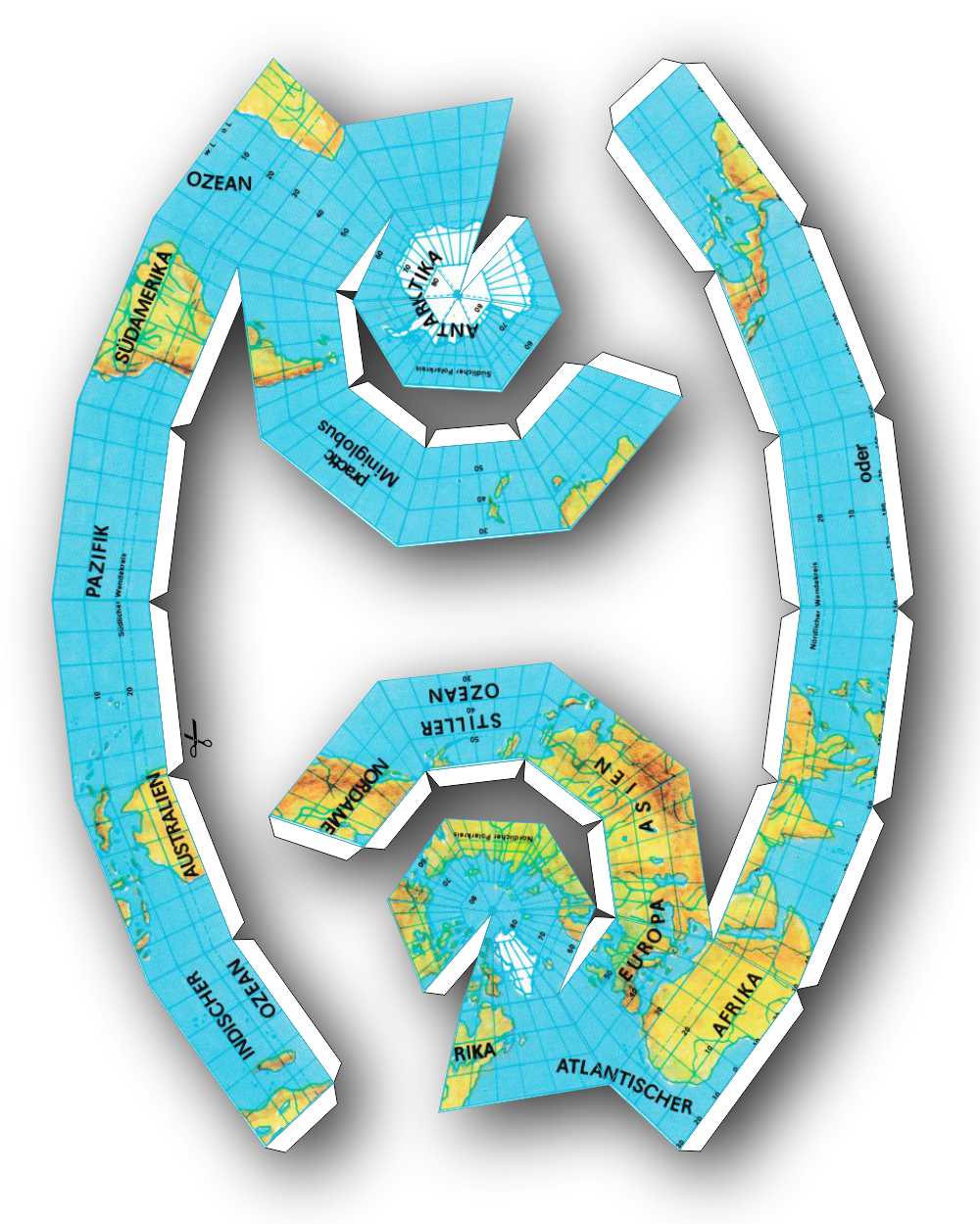